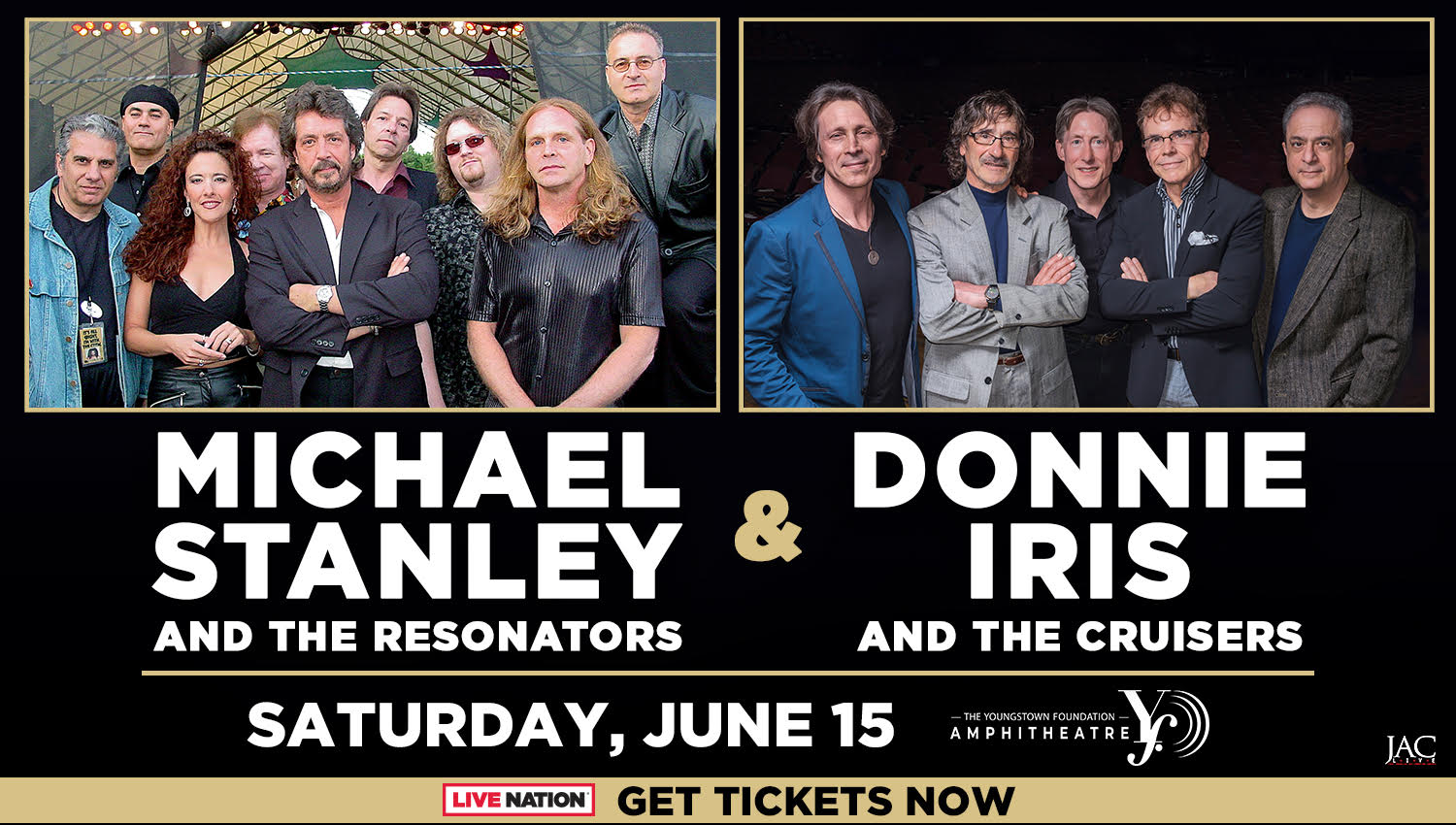 Michael Stanley & The Resonators With Donnie Iris & The Cruisers

The people of Cleveland do not describe Michael Stanley just as a rock star, media personality, or musician– he is a living legend. His career has spanned over 30 years including over 30 record releases and hundreds of concerts!

In 1974 he formed the Michael Stanley Band with singer-songwriter and guitarist Jonah Koslen, former Glass Harp bassist Daniel Pecchio and drummer Tommy Dobeck. From the mid-1970s to the mid-1980s, the Michael Stanley Band enjoyed a strong and fiercely loyal following, touring with superstar bands of that period (including Bruce Springsteen, The Eagles, Foreigner and the Doobie Brothers). They enjoyed several Top 20 and Top 30 hits, among them “He Can’t Love You” and “My Town.” The group disbanded in the late 1980s. Stanley embarked on a successful TV career, eventually landing a gig as the popular afternoon drive time DJ at Cleveland’s WNCX.

He resumed his musical pursuits in the 2000s, and since then has maintained an amazing schedule, juggling live performances, brilliant solo records and his radio job. All of this has happened while the veteran musician has dealt with several major health challenges.

In August of 1982, The Michael Stanley Band, set an attendance record of four sold out performances at Blossom Music Center, 74,404, that still stands today,

Considered to be the best screamer in rock and roll, Pittsburgh icon Donnie Iris learned how to sing from his Mother and then from Tony Bennett and Marvin Gaye. In 1970, Donnie was a member of the Jaggerz and earned a gold record for writing and singing the No. 1 song “The Rapper.” In 1978, Donnie was asked to join “Wild Cherry” (“Play That Funky Music, White Boy”) in the group’s waning days. This is when Donnie met Mark Avsec, his future collaborator and partner, in “Wild Cherry” who then began discussing plans for a recording project and in 1979 Donnie Iris & The Cruisers were born.